The traditions of the Sovereign Order are strongly rooted in the Order’s chivalric background and its charitable work. Most of the activities that members organize and take part in today are part of the Order’s 900-year history.

Internationally, the structure of the Sovereign Order is much the same as it would have been after it became a Chivalrous order in 1113. Beginning with the Grand Master and through the ranks within each Commandery, our members strive to maintain our traditional values. Within each of the Order’s 28 Commanderies there are three basic ranks: Knight or Dame of Honour, Grace and Justice. 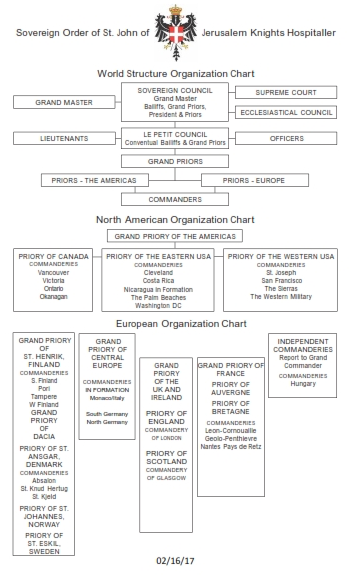 Every year Priories and Commanderies within the Sovereign Order hold Investiture Services where new Knights and Dames are welcomed to the Order with a moving and unique service. History and tradition are a large part of this ceremony and give the opportunity to learn about how the Order came to be and why.

Members of the Sovereign Order are active in their community, and contribute to helping those in need, usually in their Commandery’s region.

The Order began with a single hospice, operated by Brother Gerard and through his actions and ideas the Order’s practice began of helping the Lord’s sick and the poor.

From the beginning of serving pilgrims and others in need in Jerusalem, the Sovereign Order has been looking past current practices to find better ways of doing things. With his advanced ideas regarding patient care, Brother Gerard was able to slow the spread of disease by separating patients in his hospice, serving them on separate dishes and insisting on through ventilation. The hospice would be found by Crusaders on their arrival in Jerusalem. They noted the superior survival rate of patients of the Sovereign Order’s hospice.

After 900 years, the Sovereign Order stands by its foundation of Christian charity and chivalry through actions and our motto: “Pro Fide, Pro Utilitate Hominum” —For Faith, For Service to Humanity. 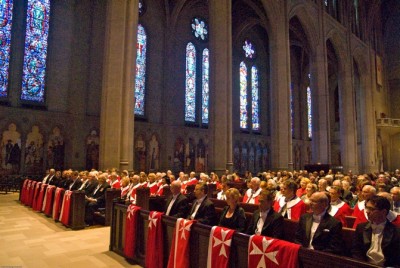 The roots of the Sovereign Order are in the Christian faith, but there is also a deep history of Chivalry. Before the civil rights legislation in the 1960’s, the Grand Priory of the Americas laid out in its Constitution that race, religion or class would not keep the Order from helping those in need.

Starting with the hospice helping pilgrims, the Sovereign Order developed a spiritual group and, in the 1100’s a military arm as outlined in our history. Today, we have returned to our origins in helping the sick and the poor while maintaining our traditions.