This brief history is an overview.  For those with an interest in more detail, there are some references provided at the end. Note that the period up to 1798 is extensively covered in many public sources. For convenience, the name “Sovereign Order” is used throughout although there were several name changes over time.

The video to the right is a 34 minute history that was developed as a gift at the Sovereign Council meeting in 2000. The quality of the history is quite good but the technology is not to today’s standards. Subsequent research would result in some of the dates and events being seen differently today but the overall story remains as portrayed. It provides good information for those with an in-depth interest in the history of the Sovereign Order but is not needed by those less involved. 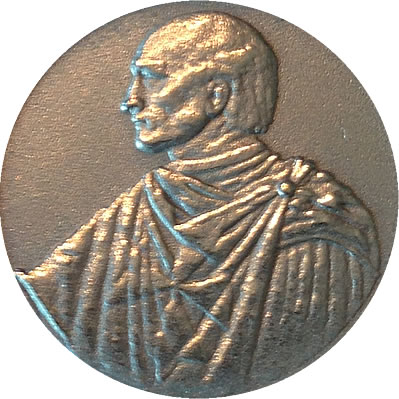 Since circa 1048, the Sovereign Order of St. John of Jerusalem (Sovereign Order) has focused on aiding the sick and the poor and developing methods to improve survival rates and patient care. A convent was built in Jerusalem which became the Benedictine monastery of St. John the Baptist. It was on the adjacent site that the first hospice was built.

After the successful occupation of Jerusalem by the First Crusade, a group of knights discovered the hospice run by Brother Gerard in 1099. This hospice used very advanced techniques for the day. It kept clean facilities, each resident slept in an individual bed and food dishes were not shared, all of which led to a superior survival rate.

The group of knights joined in the hospice’s charitable works, thus strengthening what would evolve into the Sovereign Order of St. John. On February 15, 1113, Pope Pascal II, through his Papal Bull, recognized this Knight – Hospitaller order as a self-governing organization.

The Sovereign Order evolved into a Christian, chivalric, ecumenical and sovereign military order which continued the work of helping the sick and the poor while also defending Christians in the Holy Lands. In Western Europe, the Sovereign Order embodied the essence of the Crusades, uniting arms and religion to serve where needed in the name of Faith for Humanity.

After Jerusalem was lost in 1187, the Sovereign Order moved to Acre, in Palestine, then on to Cyprus and would later be driven out of Rhodes in 1524 after 200 years.

In March of 1530, the Holy Roman Emperor, Charles V, signed the Act of Donation of Malta, giving the main island and several smaller ones to the Sovereign Order. In return, the Order made an annual payment of a single falcon, given on All Saint’s Day.  (This annual rent was immortalized in the Bogart movie “The Maltese Falcon”)

The Great Siege of Malta

The possession of Malta, with its strategic location, helped the Sovereign Order keep the seas open between Malta, France, Spain, Italy and Palestine.

In 1565, 600 knights and 6,000 men-at-arms, led by Grand Master Jean de la Valette, faced 40,000 Ottoman Turks, and despite great losses, drove off the enemy. This, and the defeat of the Turks in the naval Battle of Lepanto, which also involved the Sovereign Order, would stop the Ottomans from further expanding their empire in the Western Mediterranean and slowed their movement through Western Europe.

The Sovereign Order separated into smaller groups after being forced from Malta by Napoleon in 1798.  Moving into Europe and the Americas, the modern day Sovereign Order is descended from Grand Master Tsar Paul I’s Russian Priories (organisation units) after the Fall of Malta.

Grand Duke Alexander Mikhailovich formalized the first Constitution of the Grand Priory of the Americas on May 17, 1912. The primary principle laid out in the Constitution is that of universal charity, regardless of race, religion or class. The militant aspect of the Sovereign Order faded after the forced exile from Russia and is now represented by one specialized Commandery.

In 1998, the King Peter II Constitution was amended to remove all restrictions on women members (Dames). They have since filled many of the senior roles in the organisation.

The Sovereign Order has reunified the Grand Priories in Europe and the Americas and is working hard to re-unite with others over time. It has also returned to its roots from the 11th century of helping the sick and the poor.

Some books for further reading include: