Grand Master Stein has committed to attending as many Investitures as possible and is looking forward, with his wife, Dame Suzanne Stein, to meeting as many members as possible.

On 4th July an Investiture Service was held in the Cathedral of St. John, Tampere at which the Grand Master, nine new Knights, four new Bailiffs, two Priors and two Commanders were inducted or invested. 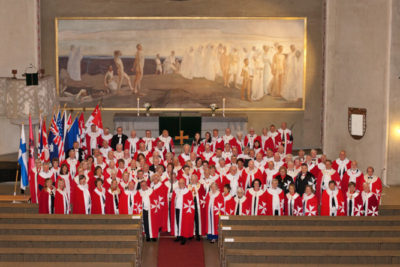 More information on the meetings, Investiture and social events will shortly be published in a special International newsletter, which will be posted on the website.